The Perfect Chocolate is Created

The business started out in the 1930s as a small building that was first owned by two Greek immigrants who were brothers, George Demaskus and John Palaskus. It was known as Olympia Candies, named after John’s birthplace in Greece. Many of the recipes used to this day were originally written in Greek, a habit practiced by Palaskus to keep his list of ingredients a secret.

In 1948, Greensburg, PA residents Carl Ringler and Tom Dix purchased Olympia Candies and moved the business to a brick building across from the Peanut Butter factory located in New Bethlehem, PA. They renamed it after their wives, Charlene and Valetta. Even though the two men sold the company three years later to Robert Angher, the name Char-Val Candies remained and it still does to this day.

In 1948, Greensburg, PA residents Carl Ringler and Tom Dix purchased Olympia Candies and moved the business to a brick building across from the Peanut Butter factory located in New Bethlehem, PA. They renamed it after their wives, Charlene and Valetta. Even though the two men sold the company three years later to Robert Angher, the name Char-Val Candies remained and it still does to this day.

Ownership changed again in 1957 when Doug Kroh bought it and moved the business once again to Route 66 where the Columbia Gas building is currently located.

In 1969, Howard Shreckengost and Bob Orr acquired the business from Doug Kroh. In 1972, they purchased the old bowling alley known as Leasure Lanes to expand the candy business.

Since then, Char-Val has always been a family business. Howard’s late wife, Janet, became the secretary and bookkeeper for the business. She recalled growing up being a child hungry for chocolate and would visit Reinsel’s Drug Store along Broad Street in New Bethlehem. There, she would purchase the little white rabbits never thinking that one day she would be a part of the candy business.

New Bethlehem and Beyond

Current owner, Howard, recalls growing up and doing something similar to Janet: finding himself looking in the large glass window eager to catch a glimpse of the candy displays. Howard has always been a hard worker. Daughters Greta Edmonds and Jill Johnston were 6 and 4 years old when the business was bought. Through much of their childhood, Howard worked two jobs— one as a master carpenter working in Pittsburgh by day and as an owner-operator, running a second shift at the candy plant by night. He would come home from Pittsburgh, shower, change, and head to the plant and work until midnight-2:00 A.M. and then go home, sleep for a few hours, and head back down to Pittsburgh.

Greta and Jill both recall spending a lot of their young lives at the candy plant. They would build forts out of chocolate boxes to pass the time. As they got older, they would help out on Saturdays picking candy off of the enrober line, bagging molds, cutting turtles on marble slabs, working with the meltaway, and any other job that was bestowed upon them.

Now with grown children of their own, each one can recall memories at Char-Val Candies, whether that be taking rides on the dolly, being responsible for quality control (AKA taste-testers), and helping out during the Annual Easter Sale.

The reason we believe we have been in business all these years— the fabric on which our story is written, is woven in faith and trust in Jesus Christ. People will come and go, difficulties will come and go, but Christ remains faithful. Thank you for taking the time to learn more about our story at Char-Val. We hope to see you in our store soon! 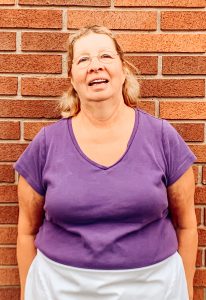 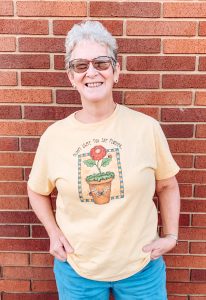 Susan Adams has held a variety of positions at Char-Val over the last 20 years, including Candy Maker, Quality Control, Hand Dipper, and Specialty Items (large rabbits at Easter and other various items). Her favorite part about working at Char-Val is having a quality, finished chocolate that makes people happy. She also likes seeing smiles on people’s faces and the joy they express while picking out their favorite chocolates or buying an them as a gift. She enjoys making people happy and bringing joy to their lives, especially the children that come to the showroom and she’s able to give them their free chocolate lollipop! She has also cherished the friends she has made over the years. Some of her favorite candies at Char-Val are the Vanilla Creams, White Chocolate Dogs, Chocolate Covered Pretzels, and Whipped Chocolate Easter Eggs. 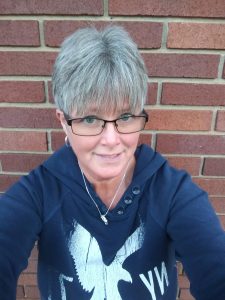 Shawna Delp has been the Administrative Assistant and has assisted in the production of chocolates the last 7 years. Her favorite part about working at Char-Val is giving a customer that has never had Char-Val before a piece of chocolate or candy and hearing them say, “This is the best chocolate I’ve ever had!” She also loves that there is a small work crew of great employees because they have a blast working together. Shawna’s favorite product are the Dark Peppermint Patties. 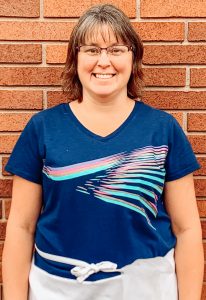 Tori Gaston has been the Head Cook at Char-Val the last 4 years. Her favorite part about working at Char-Val is the whole process of seeing a piece of candy transform from nothing to something tasty! She also appreciates her coworkers and likes being able to enjoy as much candy as she wants. Her favorite candies are the Chews, Peanut Butter Chips, Chocolate Covered Pretzels, and White Meltaway. 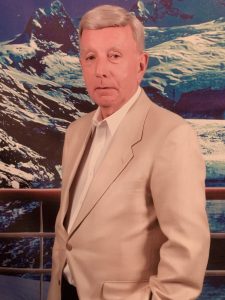 see above for bio.

Order for pick-up or delivery to your home